John William Taylor SUFFOLK - John William Taylor, 41, of the Steeplechase subdivision, passed away Aug. 16, 2008. He was employed as a salesman for Hilti Tools at Home Depot, Virginia Beach. John was a Navy veteran and avid cyclist. "Cannondale John," as he was known, rode with various bike organizations including Team Hampton Roads and was a weekend ride leader for All About Bikes-Suffolk. Survivors include his wife, Mellissa A. Taylor; three children, Sierra, Olivia and Cole; his parents, Edward and Carol Taylor of Leesburg, Va., and Elizabeth F. Taylor of Centreville, Va.; and brothers, Jim Taylor of South Riding, Va., James and John Gouldin of Leesburg; and sister, Catherine Gouldin of Alexandria, Va. A memorial bike ride will be held at 7:30 a.m. Saturday, commencing at the All About Bikes store in Suffolk. Riders of all ride levels are welcome. A memorial service will be held Saturday at 1 p.m. in Sturtevant Funeral Home, Bennetts Creek Chapel, Suffolk. Memorial donations may be made to Tidewater Autism Society of America, 6300 E. Virginia Beach Blvd., Norfolk, VA 23502.

A large group showed up at the All About Bikes in Suffolk to show their respect for a fellow rider, a friend, a husband, and a father. John Taylor died last Saturday after the the morning All About Bikes ride. He was 41 years old. 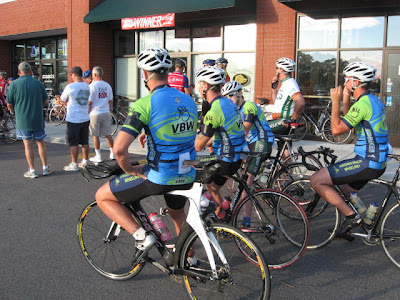 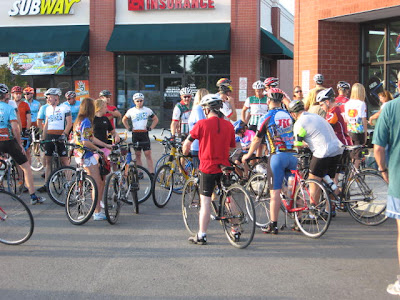 The Suffolk Police department was kind enough to lend their services. Four motorcycle cops allowed us to take the entire road, go through lights and safely pass through intersections. 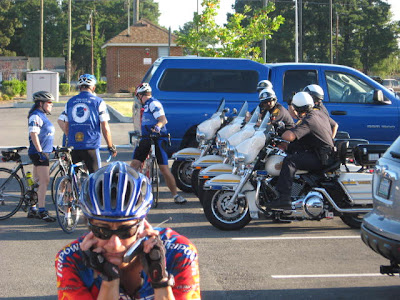 14 miles at an easy pace for everyone. There were road bikes, mountain bikes and even beach cruisers. 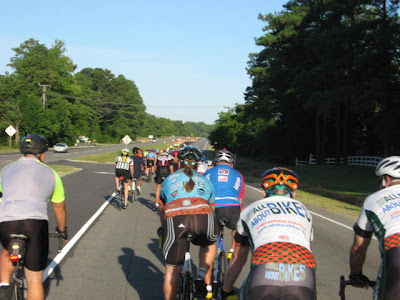 And there was one riderless bike which was leading pack one final time. 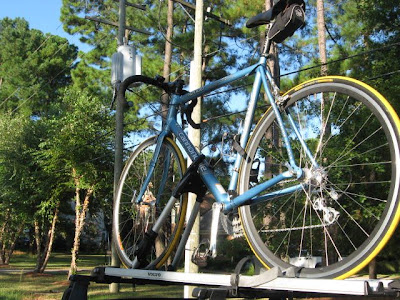 Sierra. Is the daughter of John. One week before his death she told him she wanted to race bikes. She is going to keep that promise and every member from the Virginia Beach Wheelmen will do what we can to help her. 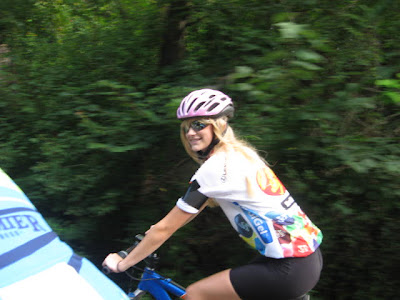 When her dad's bike pulled out, Sierra took over the lead for final ride back to the shop. 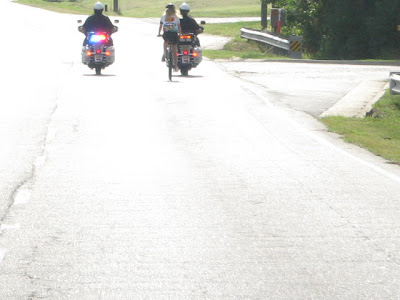 After the memorial ride a larger than normal group embarked for the type of ride John would have wanted to be on. 35 miles through beautiful Suffolk. Not too fast not too slow. 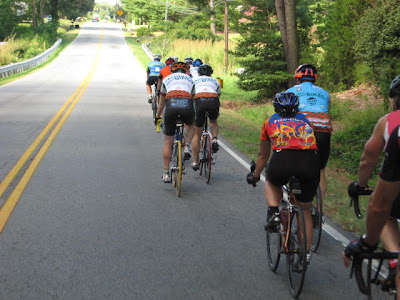 Josh,
Thanks for taking pictures of the ride... I wish I had the forethought to do the same, as it was a very special event.
John was a good "Buddy" and we will miss him dearly. Thanks to all that came out for the ride in support of John, his family, and the local cycling community.

Sorry I missed the ride, but I was out of town on vacation. I remember John from Sunday morning rides from Scat. Good guy.

Great tribute Josh. Thank you for this and your help with the All About Bikes page as well.